The first three days of this classic ski tour gave us stunning, clear blue skies and no lacking in heat. Yet today the weather tables started to turn with a powerful wind blowing from the north-east. The nearby Finsteraarhorn was enveloped in cloud, yet for us, Jon, Amanda, Tim and myself, our ski-peak of the Weissnollen was still in sunshine. If only we could climb it with out being blown over…! 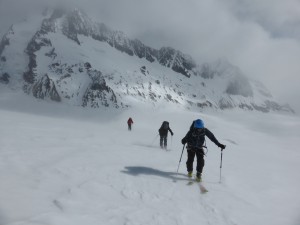 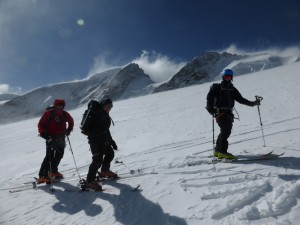 We left our skis behind to reach the summit itself. With the cornice and cliffs all around it wasn’t especially easy to be at the very top, and soon we were back down to the skis to look forward to the descent. 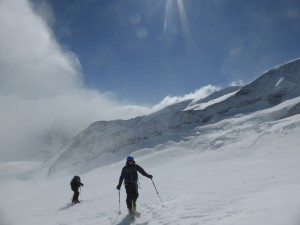 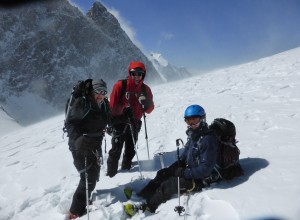 By now the camera’s shutter had jammed a bit… 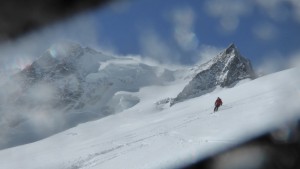 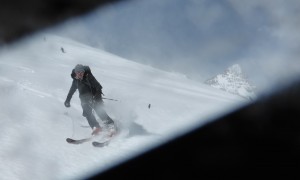 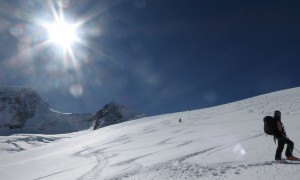 Les Marécottes, a ski adventure with a bit of everything! – 27th January 2016

Les Marécottes is a small ski-area above Martigny in Switzerland. From the top lift, with a small amount of skinning and booting up a couloir, the col known as La Golette is reached, and from here a whole new back-country ski area is accessed as well. Surrounded by the Dents du Midi and the Tour Saliere, the ski down takes you covers some lovely snow slopes above a frozen lake, past the dam and on down the track past trees and cliffs. It all works out! 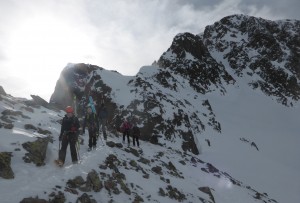 Crossing the col at la Golette

Great snow in a fine location… 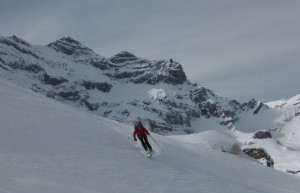 …with the peak the Tour Saliere dominating the view 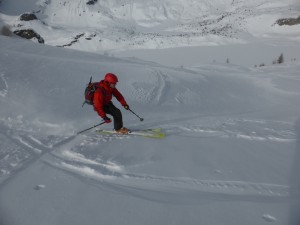 Skiing on down to the dam 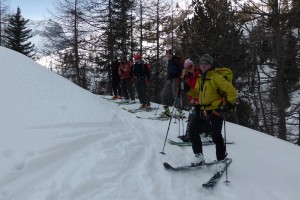 About to commence the hairpin bends!

A fine effort by the team. A big climb starting from the Col de Forclaz that took us up amongst the higher peaks. 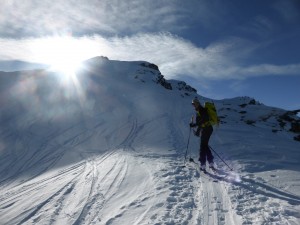 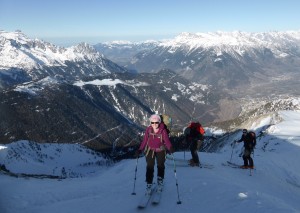 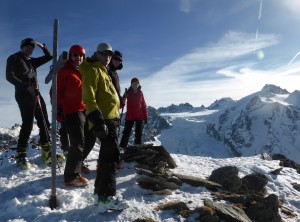 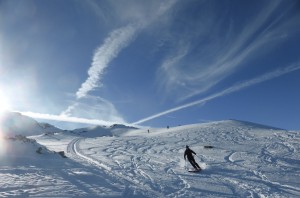 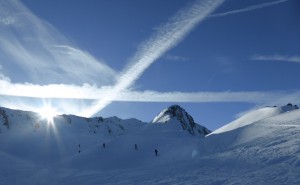 The start of a week of ski-touring aspirations around the village of Vallorcine. After a couple of runs skiing the back-bowls we skinned across to the Catogne and then had an entertaining ski down to the village of Trient. 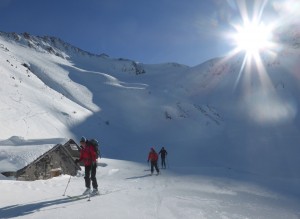 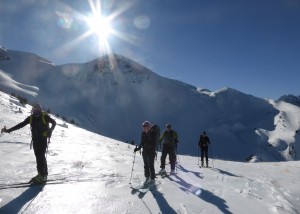 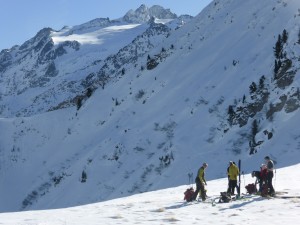 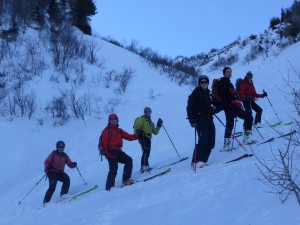 The start to this ‘winter’ had been a little slow – plenty of sunshine but no snow through December. Some ski-touring was possible and it was great to be outside in the sunshine but more snow was needed.

I had a plan to be in the Swiss mini ski resort of Zinal for 4 days with Rachel and Mountain Tracks, and one the first day it snowed! Not great visibility, but not bad… and the first day was quite a success with a fair bit of mileage covered in the keeping snow. However, the next day it was sunny…! 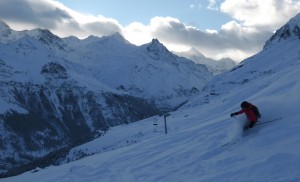 Early in the morning, the day was dawning clear 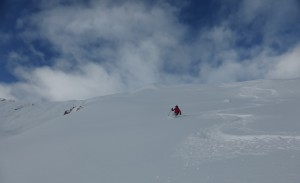 Fresh powder on the upper slopes, Rachel’s going for it! 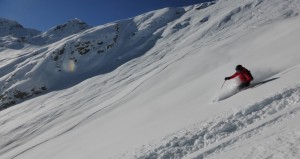 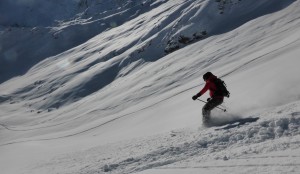 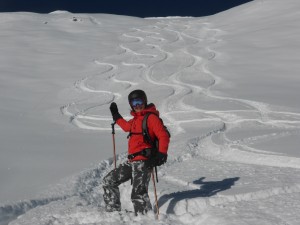 On the following day, another clear sunny day dawned, and conditions were good for skiing over the back of the Zinal ski-lifts and ski down to the Moiry dam. The skiing was always going to be amazing but being the first down the slope did mean there might be a bit of a walk at the end… 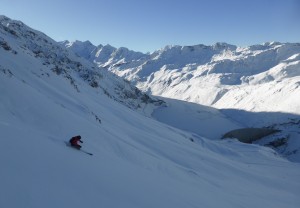 Looking down the un-skied slope to the dam beyond 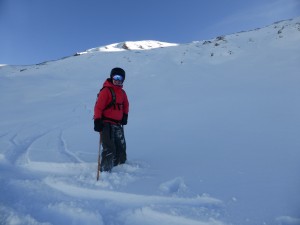 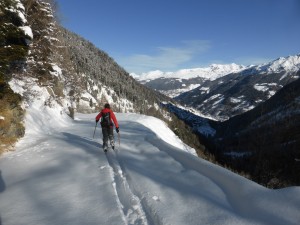 Breaking the trail back down the road to Grimentz – scenic gliding at its best!