A sunrise start on the Cuillin ridge 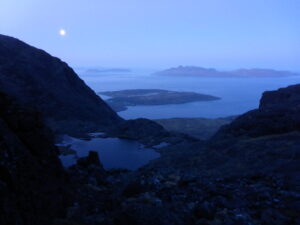 An early start from a cold bivvy, above Coire Grundda, having climbed the Dubhs slabs the day before. 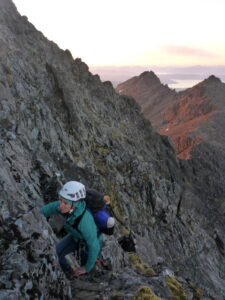 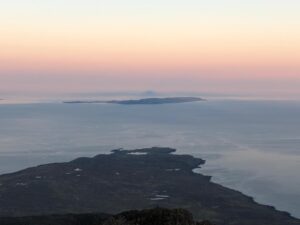 Arriving at the summit of Sgurr Alistair, a shadow of this peak sits out on the morning haze. 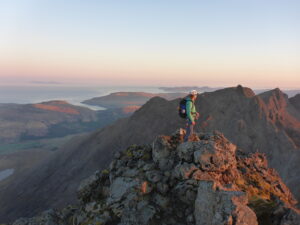 Looking north from the summit of Sgurr Alistair. 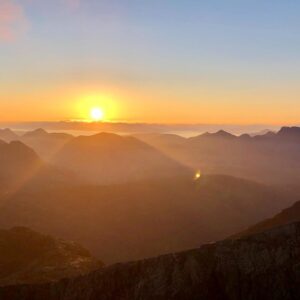 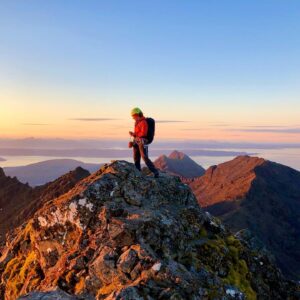 … and south, looking on towards Gars-bheinn and Sgurr nan Eag at the south end of the Cuillin ridge. 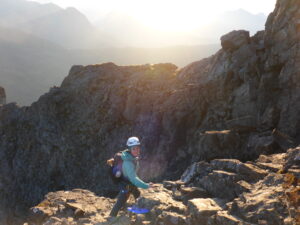 Approaching the narrows between Sgurr Thearlaich and Sgurr Mhic Choinnich. 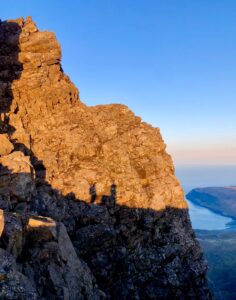 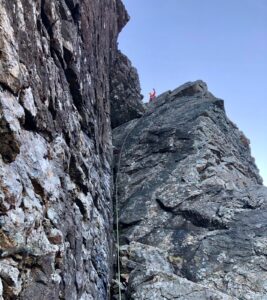 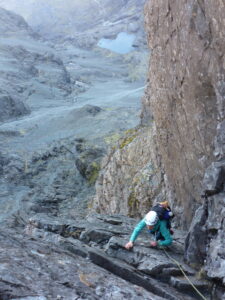 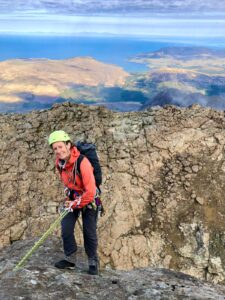 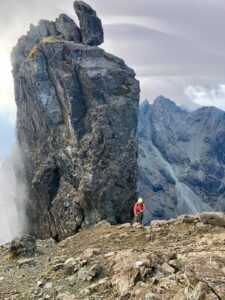 The continuous profile of this scramble of rock slabs and short walls extends up from Loch Coruisk, initially to the summit of Sgurr Dubh Beag. Following a couple of exciting abseils off this summit, a further scramble up onto the munro of Sgurr Dubh Mor and on to the Cuillin ridge can be made. 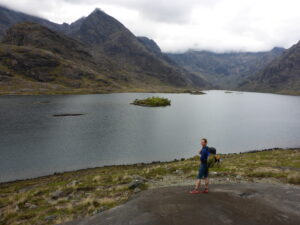 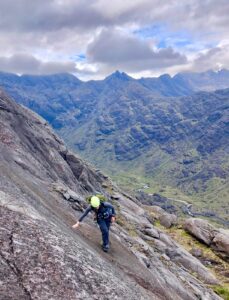 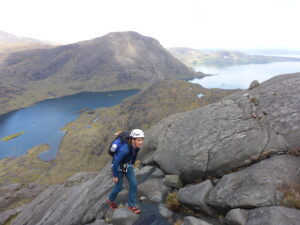 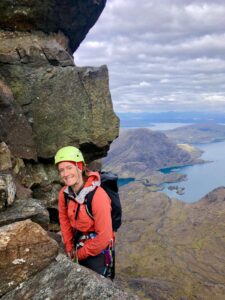 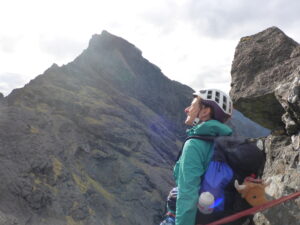 … looking on to Sgurr Dubh Mor 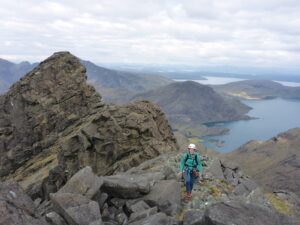 Looking back at the site of the abseils on Sgurr Dubh Beag and beyond to Loch Scarvaig and Elgol.

Starting at Dundonell and finishing in Corrie Hallie, our traverse started with tackling the fine summit of Bidean a’ Glas Thuill. 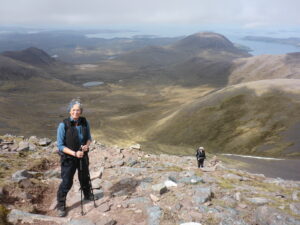 Fine views looking north from Bidean a’ Glas Thuill towards Little Loch Broom and on to the Summer Isles. 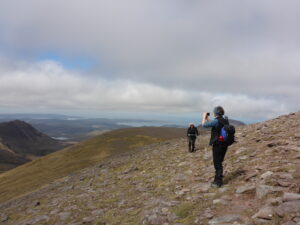 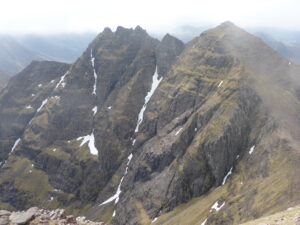 From the summit of Bidean a’ Glas Thuill the fine summit of our next challenge of Sgurr Fiona. 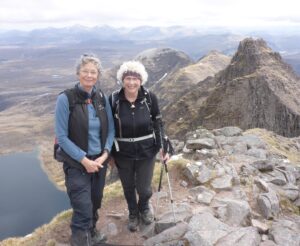 On the summit of Sgurr Fiona. 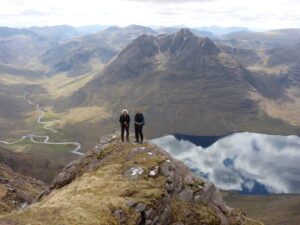 Looking on towards the Fisherfield wilderness. 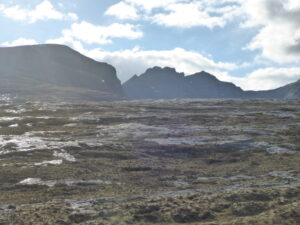