Success on the Matterhorn – 9th September 2016 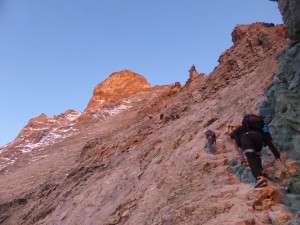 The first red glow of dawn on the summit tower 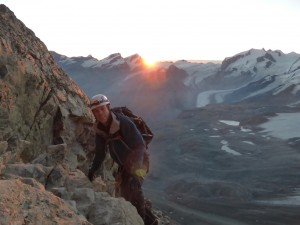 Photo taking allows for a brief respite on the ascent! 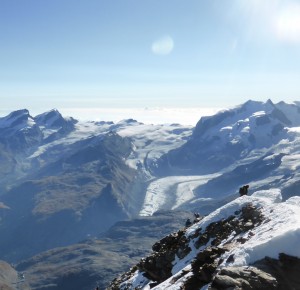 A spectacular view at last after 4 hours of constant climbing 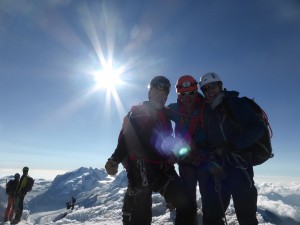 A fantastic success for Rupert, Dave (fellow guide) and Gordon 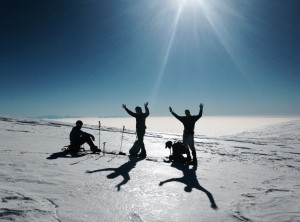 Nearing the summit of the Zumsteinspitze, with a fine cloud inversion over Italy 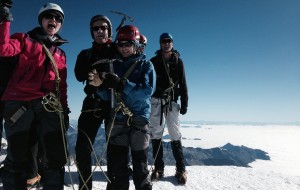 …and the summit itself! 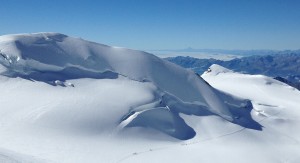 Looking back over a couple of the other Monte Rosa satellite peaks of the Parrotspitze and Ludwig’shöhe, Monte Viso appears in the far distance

4000m peaks in the Bernese Oberland, the Finsteraarhorn and the Mönch – 18th August 2016 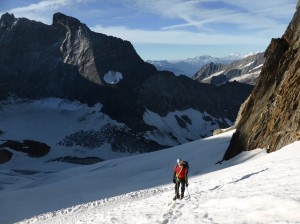 Heading up to the Grünegghorn, our training peak 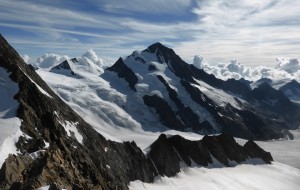 Looking on to the fine west flank of the Finsteraarhorn, our objective for the next day 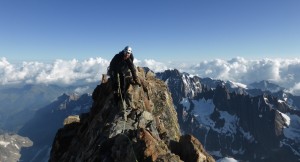 On the final scrambly ridge to the summit of the Finsteraarhorn, with the Schreckhorn and Grindelwald in the background. 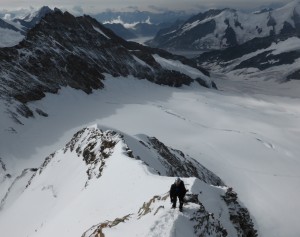 Second exposed ridge of the Mönch done, only the summit ridge to go..! 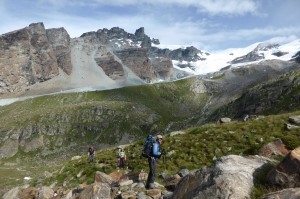 Having descended from the Breithorn and the Rifugio Ayas into this beautiful Italian valley, we are now traversing over to the next valley and Gressonay 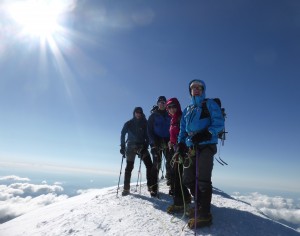 The Ludwigshöhe summit, our high point at 4341m and our third peak on this trip 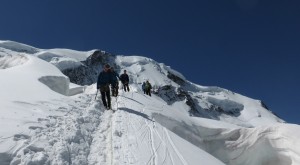 Descending the Grenzgletscher, below the big north wall of Lyskam, and amongst many crevasses 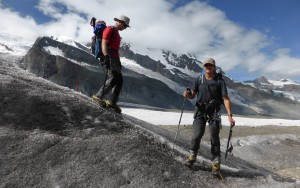 Heading back to our starting and finishing point in Zermatt 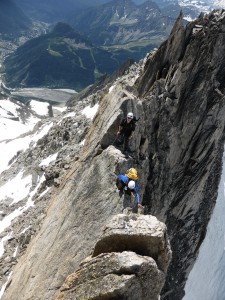 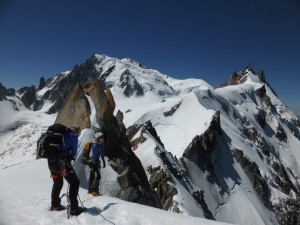 Looking back along the Midi-Plan Traverse 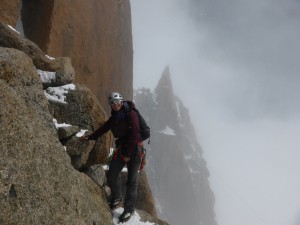 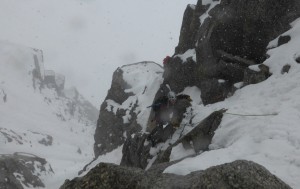 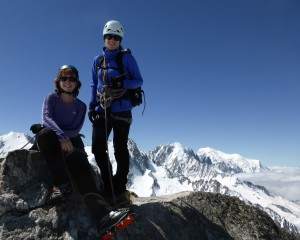 The top of the Aiguille du Tour, with the next objective, Mont Blanc in the distance 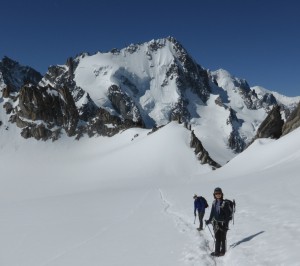