Following a week of cloudy weather, fresh snow and storms we headed east to the peaks above the Saas valley. The rocky nature of the Lagginhorn leant itself to the snow and we hoped there would be less wading through deep snow than over in Zermatt to reach the climb. 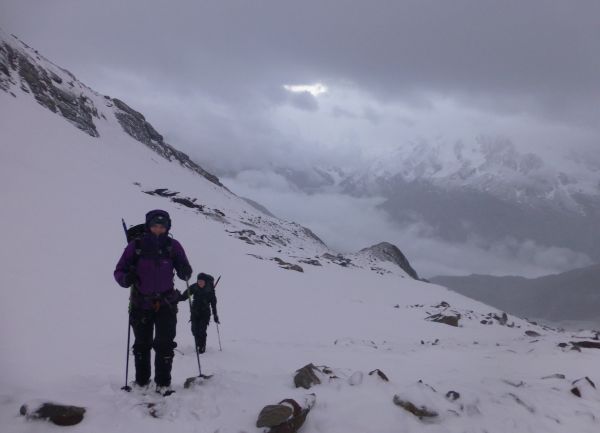 Heading up in the early morning 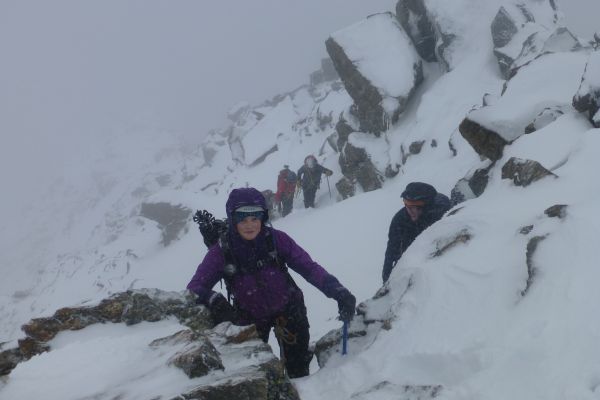 The route was just like Scottish winter, perhaps a ridge in Glencoe…? 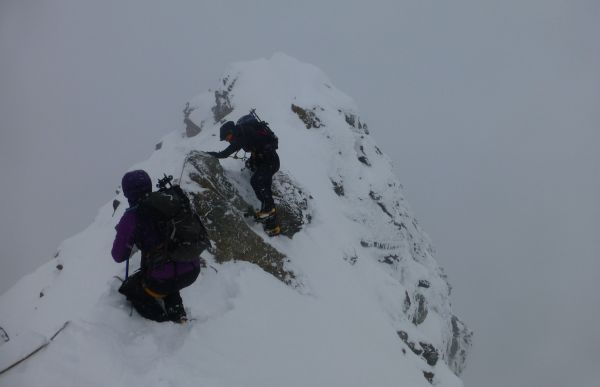 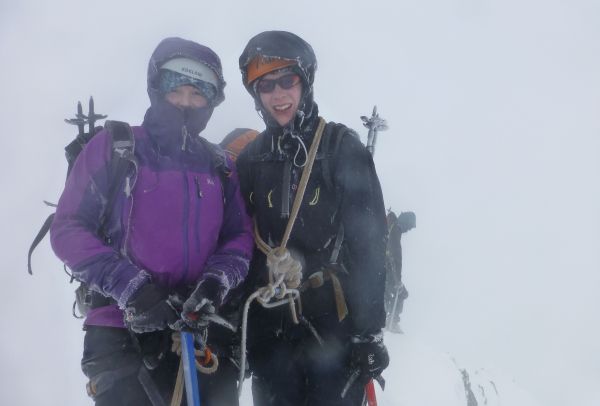 Happy to reach the top..! 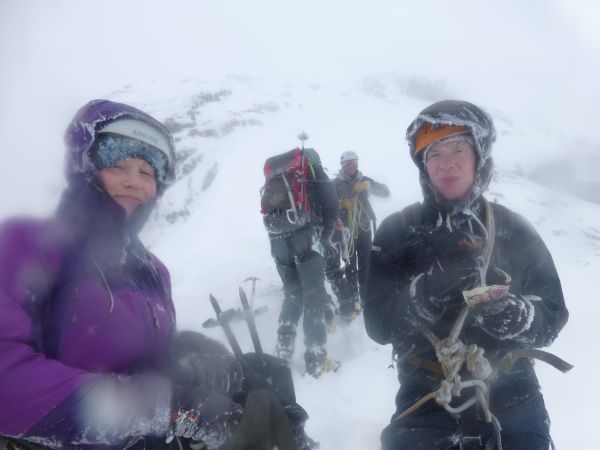 And relieved to be back down from the mountain.

The Gornergrat gorge is a fantastic via ferrata expedition that explores the main gorge through which all the glaciers above Zermatt drain. 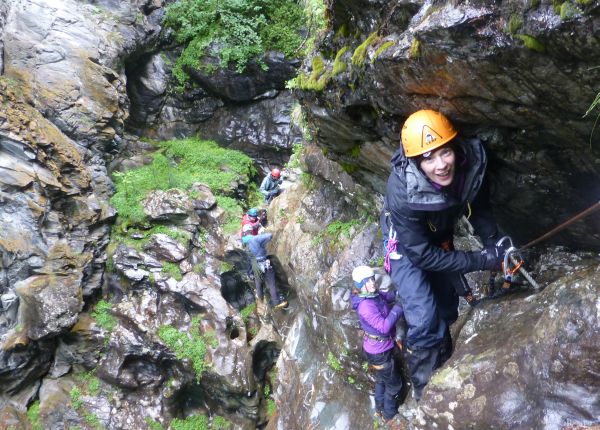 A great mixture of climbing and sliding along this natural feature 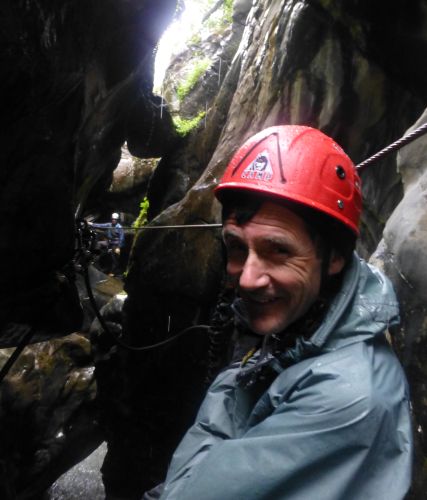 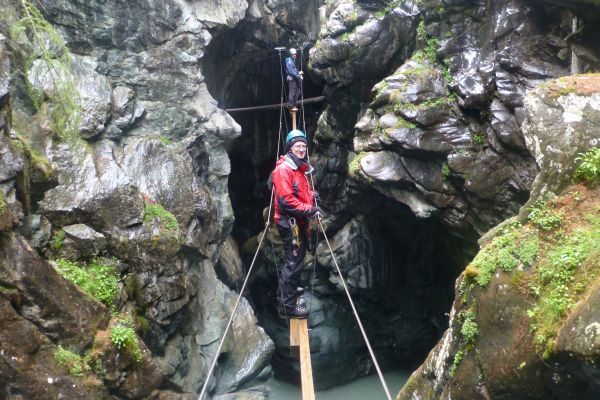 Various modes of transportation are presented..! 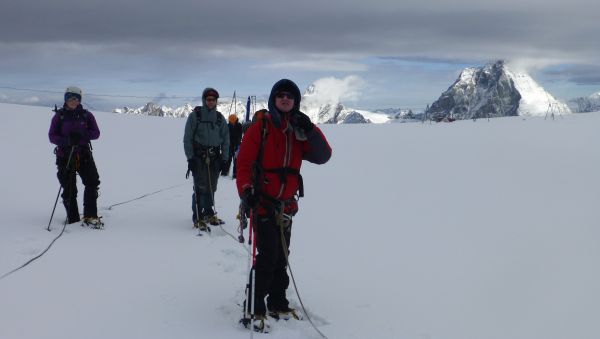 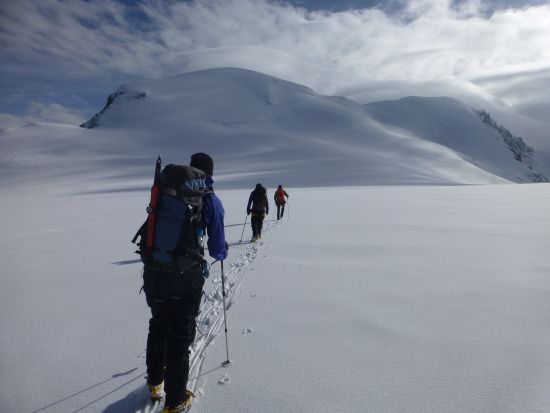 Heading across to the Breithorn, above Zermatt 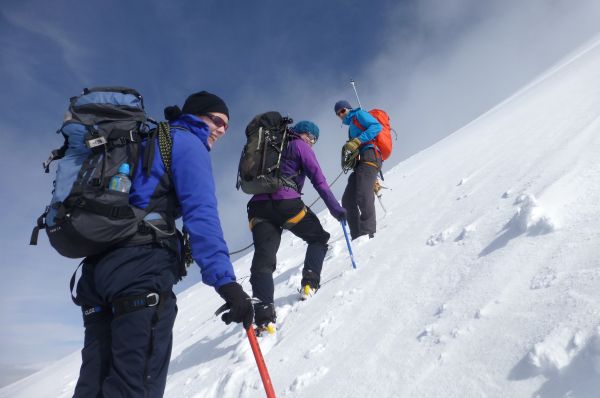 First up the mountain this morning, but this was the last we were to see of the sun for a few days! 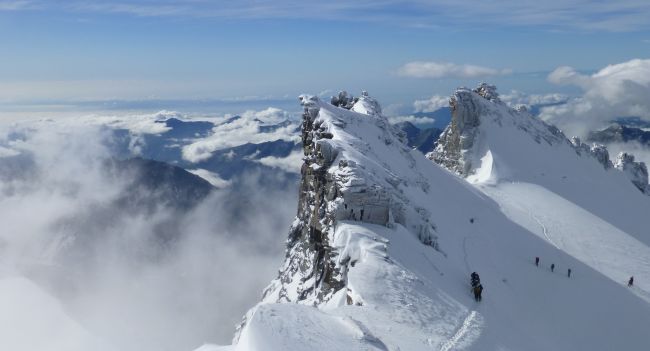 The mountain cleared for us just before the top 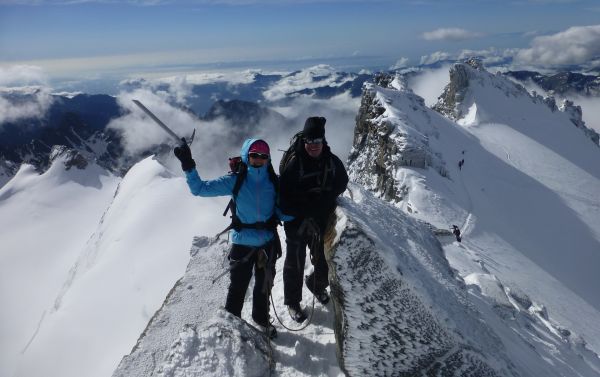 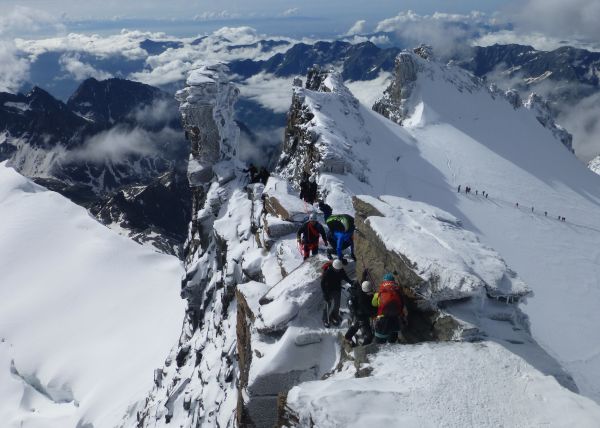 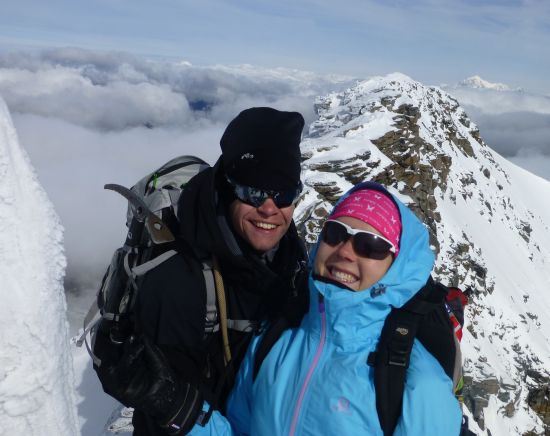 The top… with Mont Blanc in the background 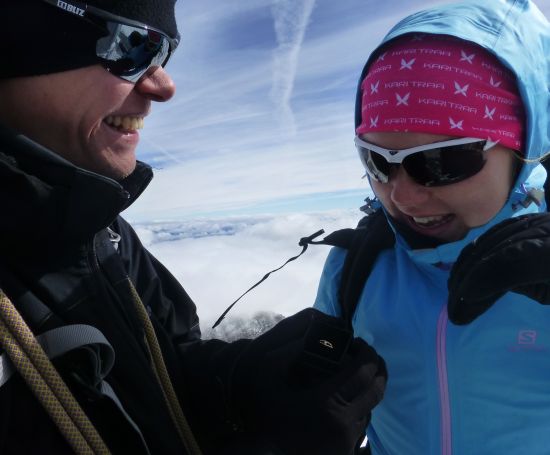 and another big surprise for Karina… 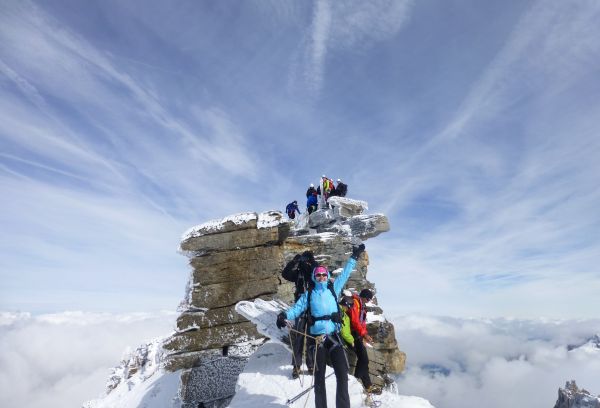 …and she said Yes! 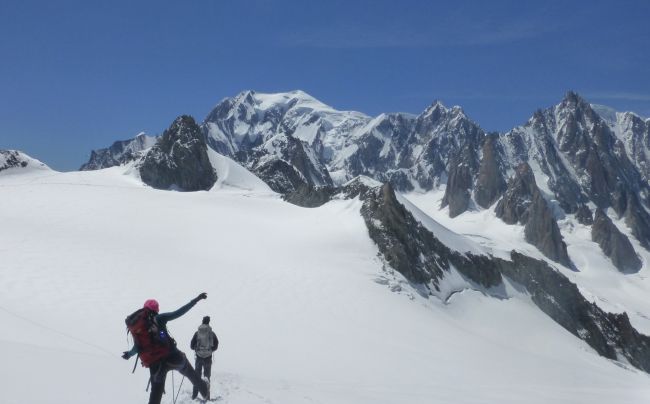 A good first scramble up the Aiguille Marbrée 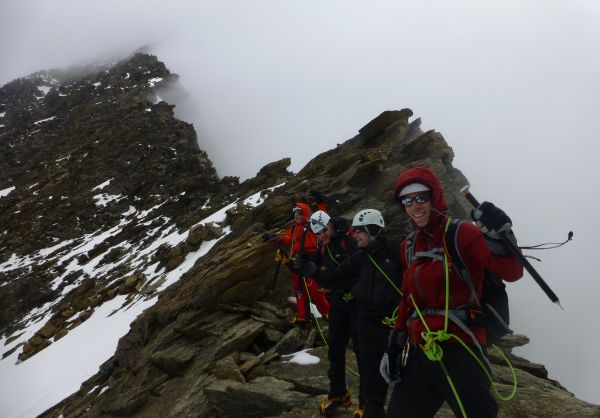 At the Lagginjoch. Team Leicester plus a bear hunter from Michigan!

The team did make the summit of Mont Blanc by the end of the week, and we had good weather after a week of rain and snowfall, no doubt because I forgot to bring my camera for the trip…