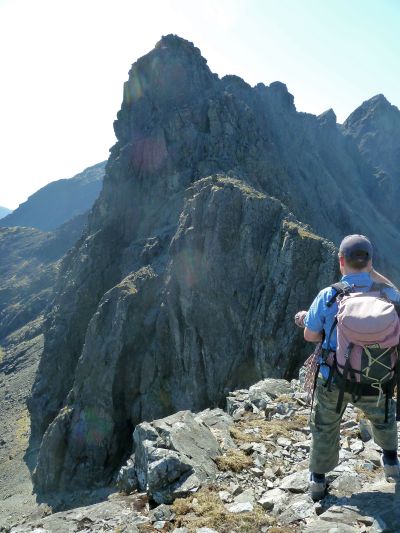 After a week of fine weather scrambling and working on Skye it was great to have day free for my own climbing, and someone to climb with.

Mike, who has recently produced the new edition of the Skye Cuillin climbing guidebook, was keen to return the impressive cliff making the left profile of Sgurr Mhic Choinnich in the photo opposite. An abseil down ‘Rotten Gully’ (!) gave access to the base of the cliff, and to the great expanse and solitude of the Loch Coruisk basin.

The line follows a series of corners or the often better rock found on the right-hand walls. Ultimately, the best climbing was found on the first half of the climb. It was a route that had had little previous traffic so there was still a bit of loose rock about, and a distinctly grotty crux groove… Altogether a grand adventure! 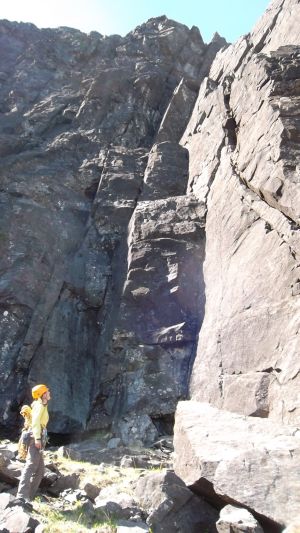 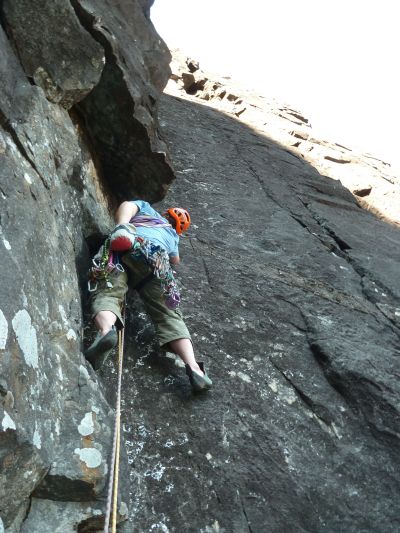 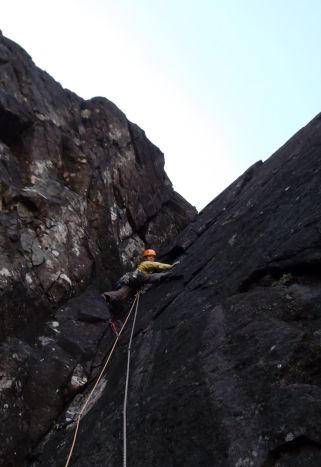 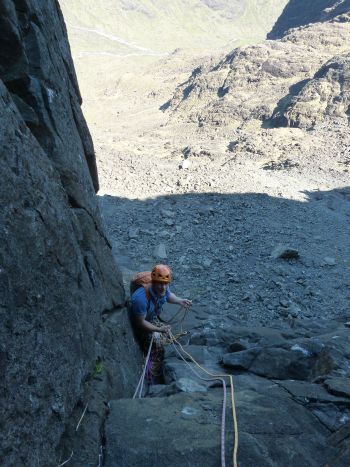 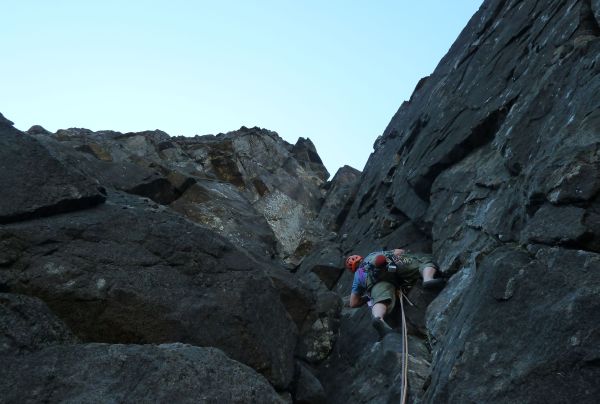 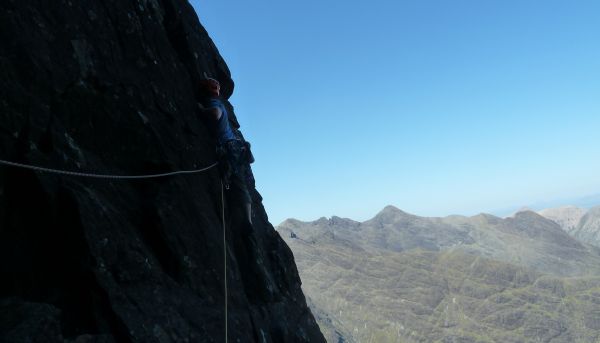 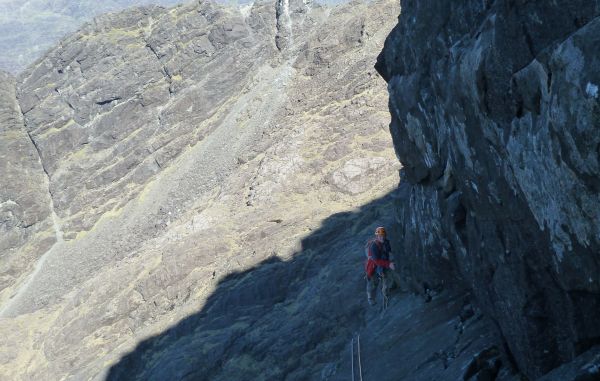 Taking the boat into Coruisk from Elgol means a 20 minute walk into the foot of the Dubhs ridge, the longest continuous line of smooth rock in the Cuillins. 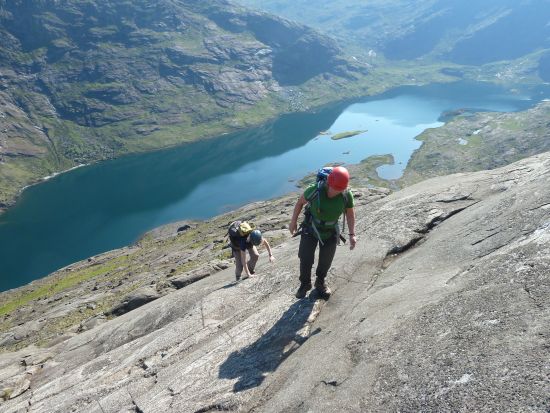 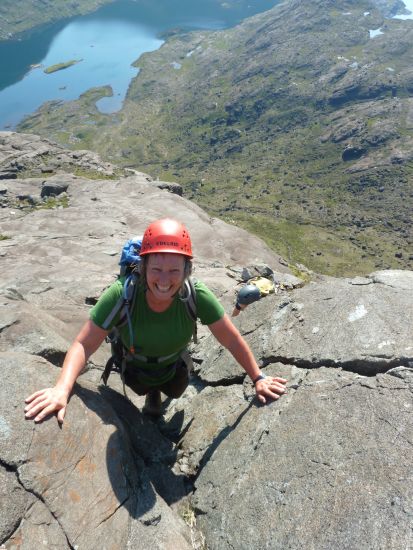 Although much of the scrambling is slab-climbing, there are plenty moves up corners and grooves, but all at a level of difficulty that works for your big boots. 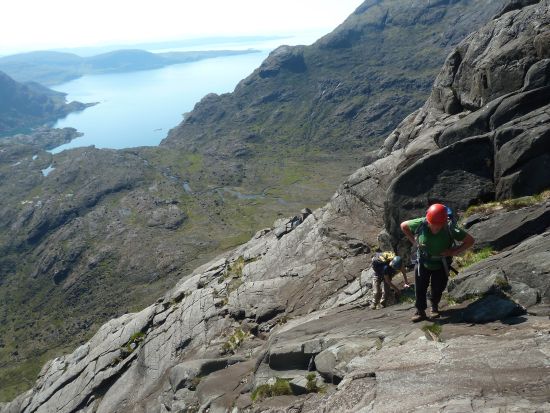 The line of scrambling continues to the summit of Sgurr Dubh Beag, the 1st ‘Dubh’, from which there is a sudden definate reason for using the rope, a rather exciting a spacious abseil! 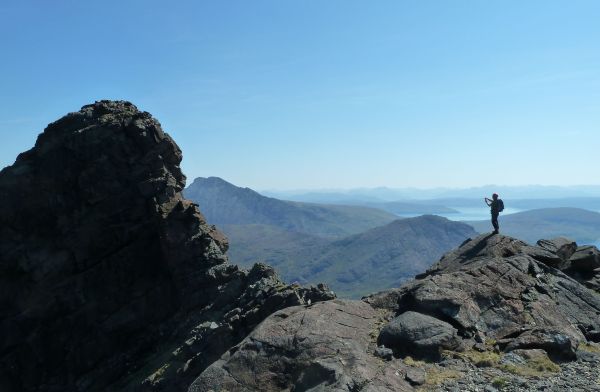 Then by following the ridge and the south flank of Sgurr Dubh Mor the final summit is reached. 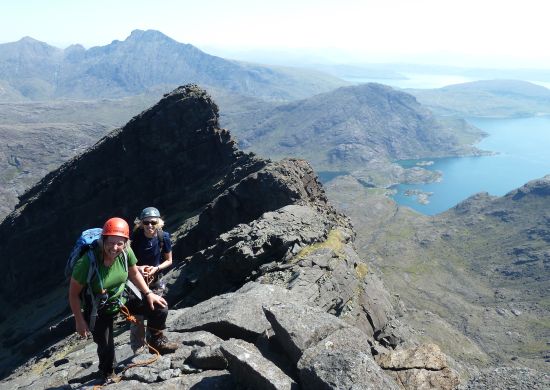 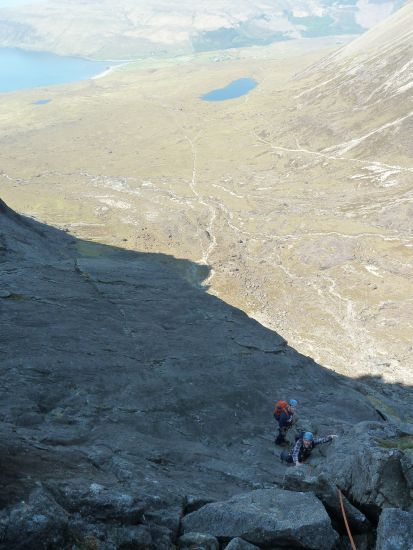 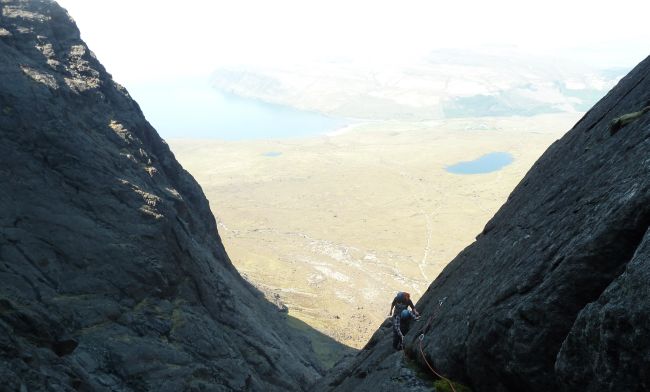 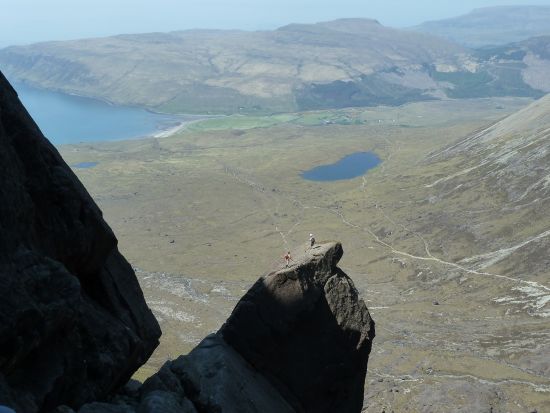 Exposed, but in good company on the Inaccessible Pinnacle – 22nd May 2012 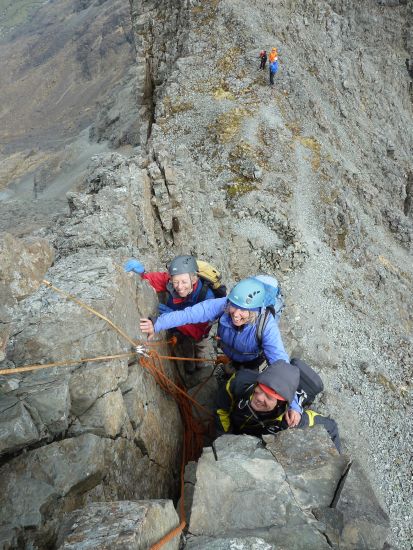 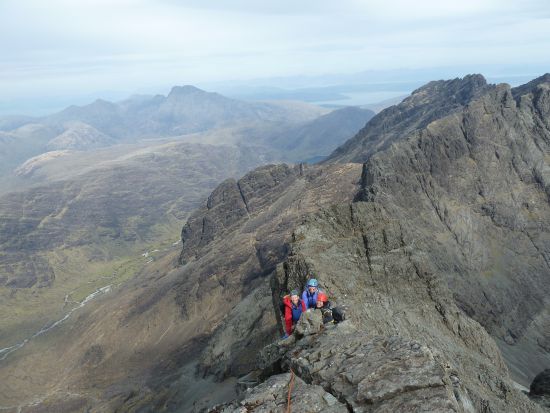 After snow to 500m the previous day it was a relief to have dry rock, warmth and fine views. On this day Gillian and I took the boat from Elgol into Loch Coruisk to climb the prominent peak of Sgurr na Stri.

Sgurr na Stri is the non-snow covered peak to the right of the boat masts, eye-catching from Elgol and quite possible as a day trip using the ferry service. 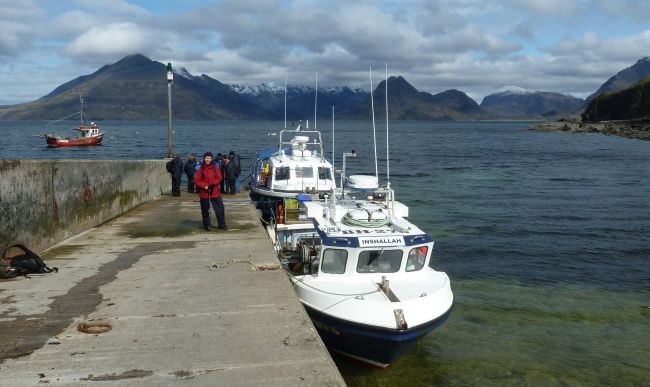 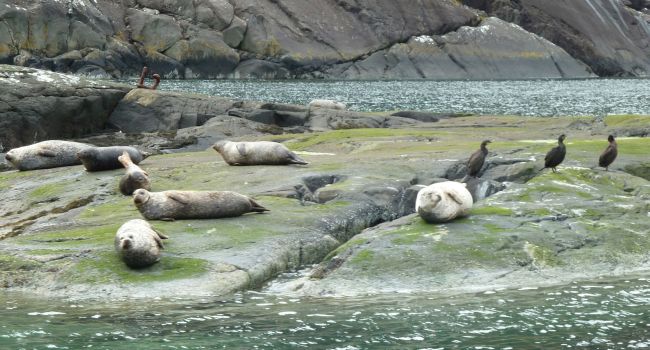 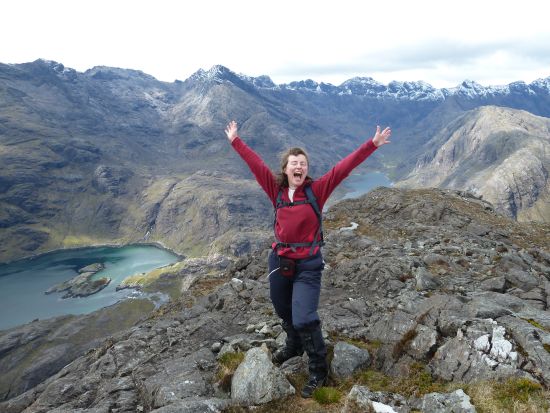 During the following couple of days with David, starting from Sgurr Fheadain, we did a north to south traverse of Bidein Druim nan Ramh and Sgurr Mhadaidh, sections of the Cuillin ridge traverse he had left to do. 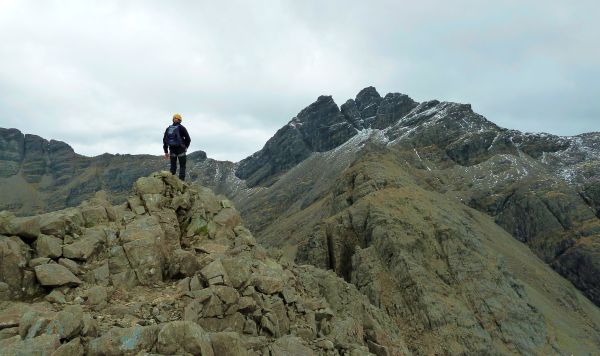 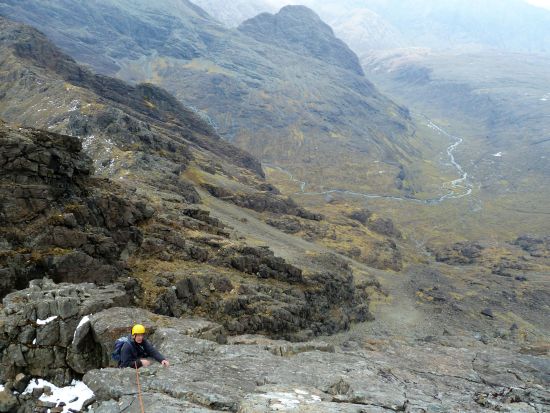 An early section on Bidein Druim nan Ramh, looking down into Harta Corrie 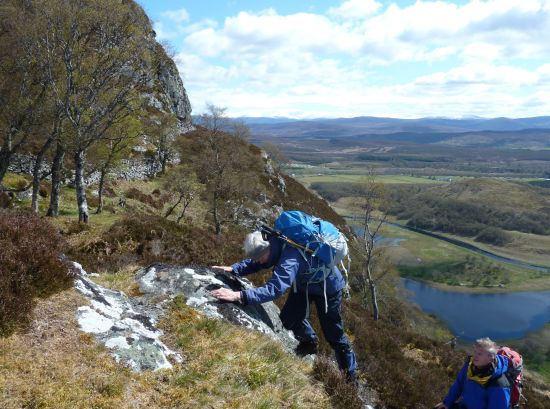 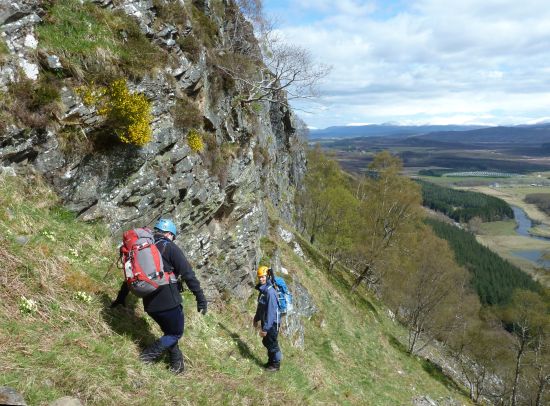