Article written for ‘Scottish Mountaineer’, the magazine for the Mountaineering Council of Scotland 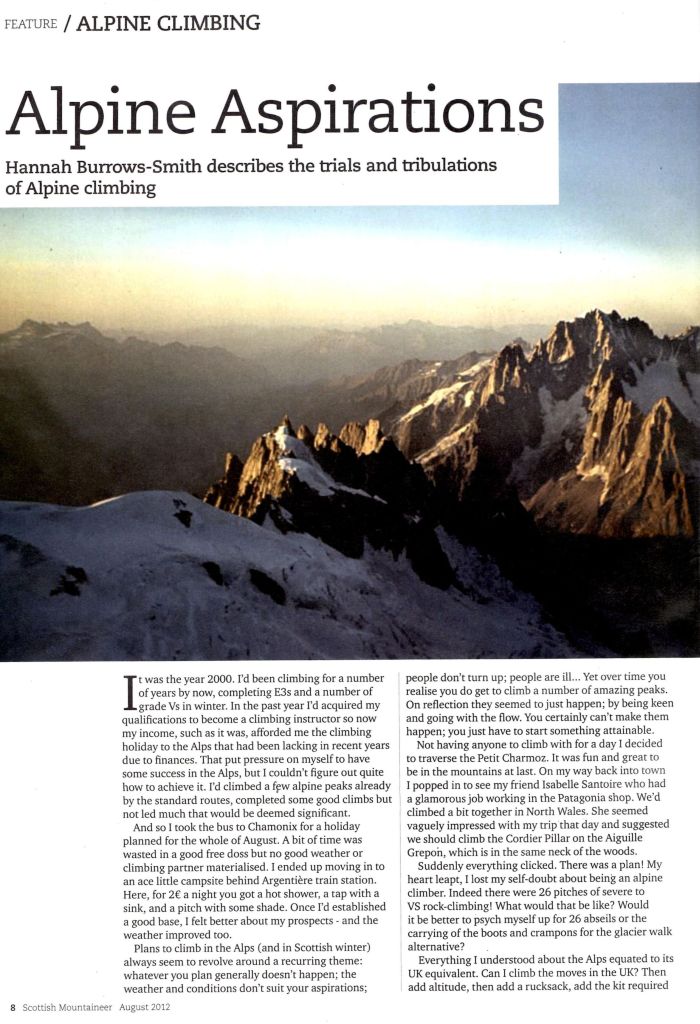 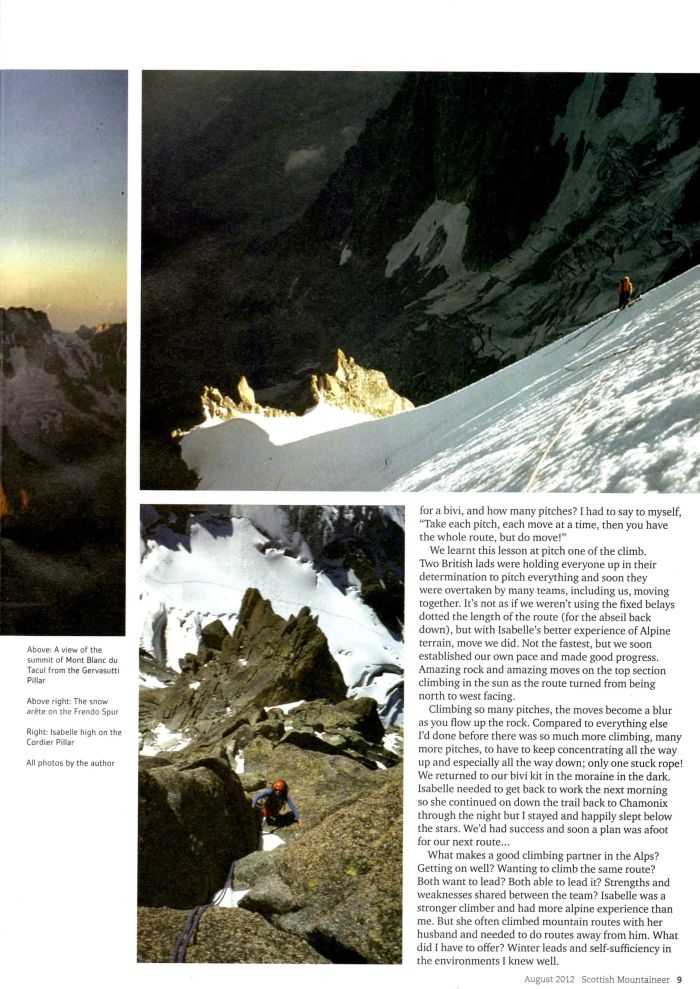 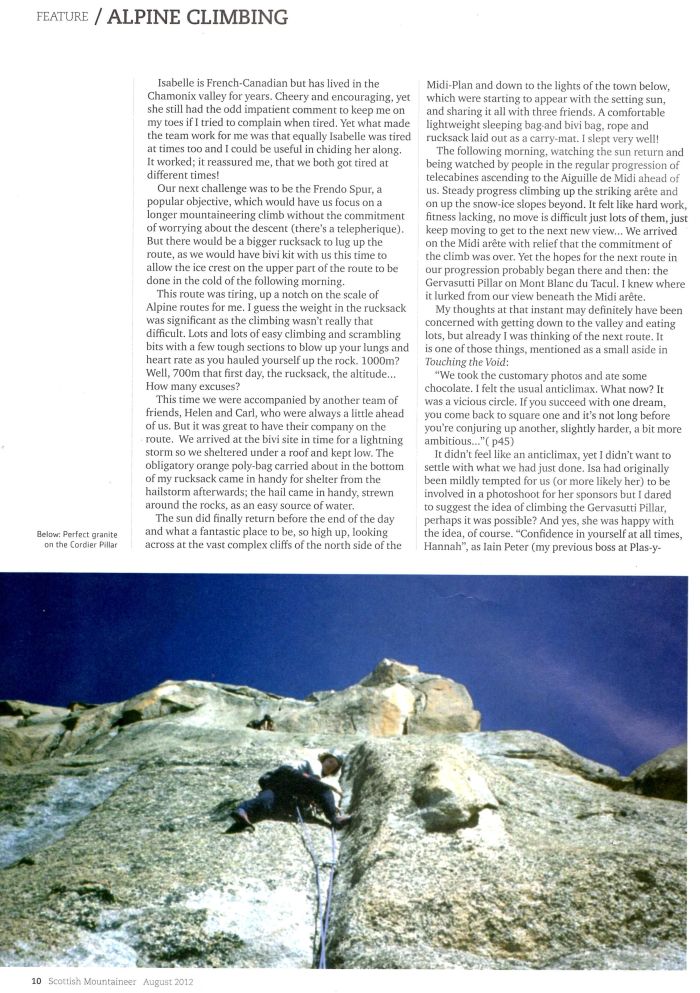 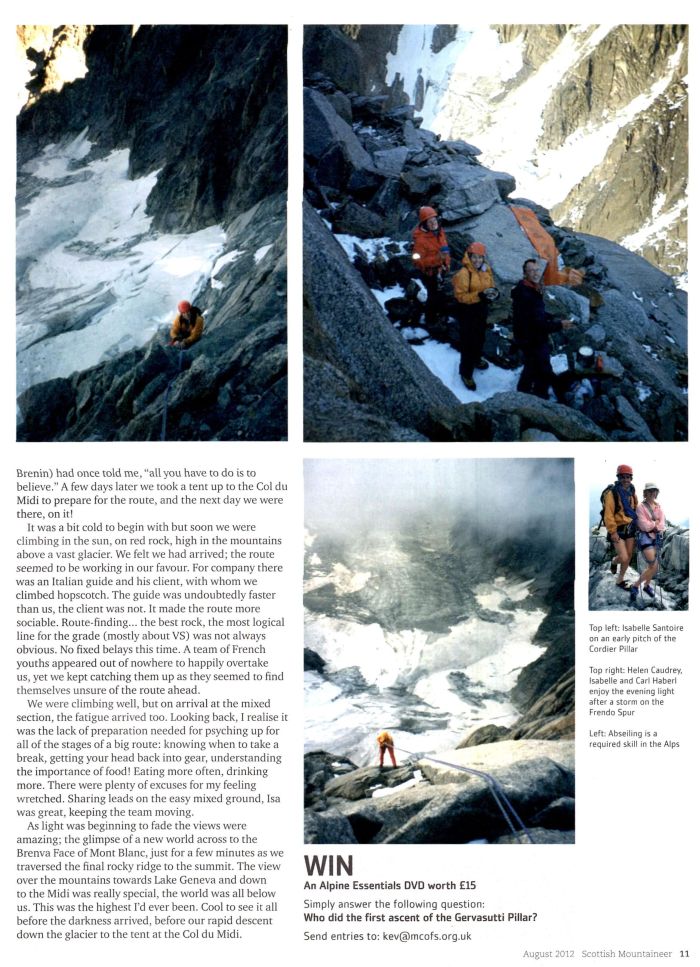 High above Saas Fee, the Lenzspitze and the Nadelhorn are 2 big peaks that make part of the northern end of the Mischabel chain. Famous for it’s knife edge ridges, the traverse of these 2 peaks did not disappoint: rock and snow crests on the East ridge of the Lenzspize and numerous rocky towers to climb and descend on the ‘Nadelgrat’ to reach the Nadelhorn. 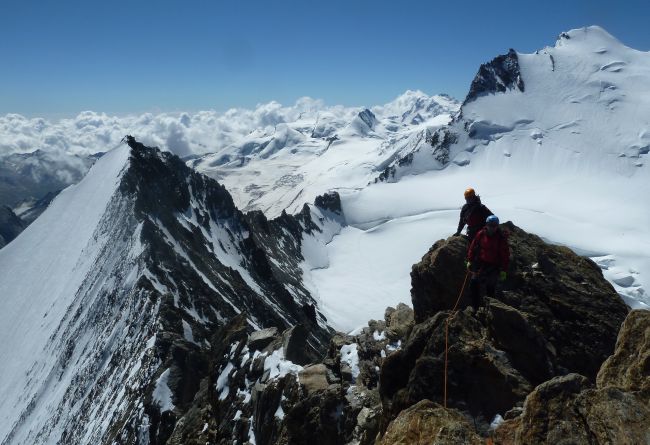 Almost at the summit of the Nadelhorn. The Lenzspitze E ridge is to the left, the Dom is behind on the right. 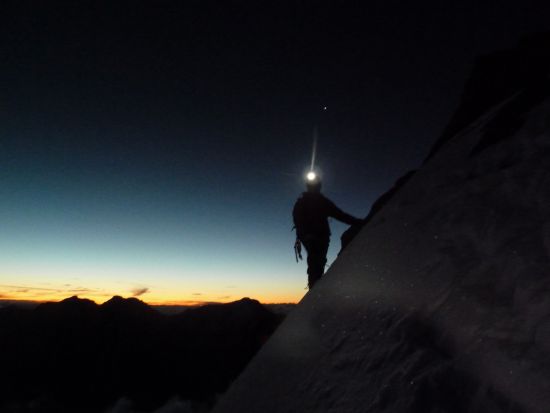 Impressive views to the east as dawn slowly arrived, high up on the Lenzspitz 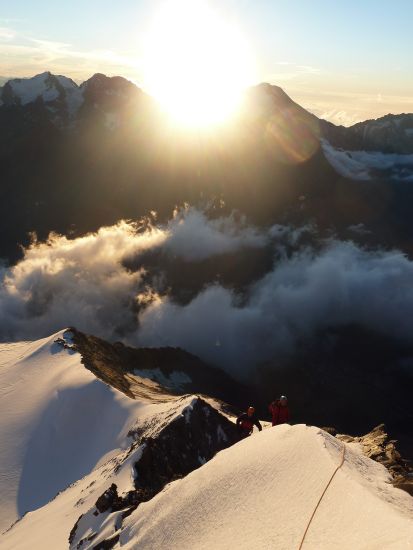 A mixture of snow crests and rock walls, and exposure… 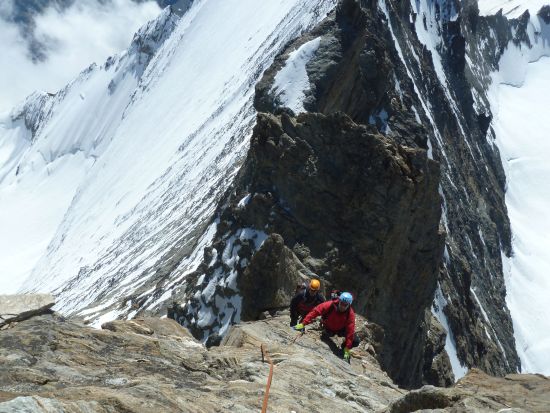 One of the many teeth to be climbed on the Nadelgrat

Very good rock climbing in a fine location, using the Bouquetins bivvy hut as a base for the ascent. 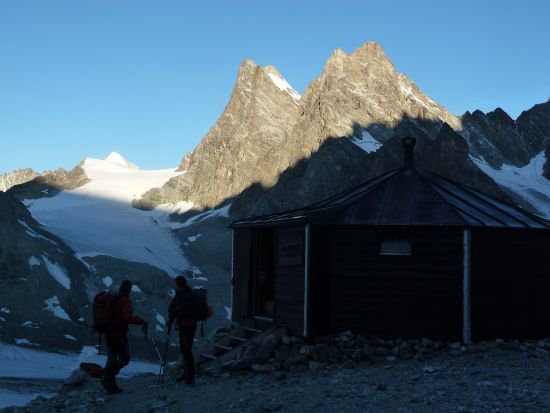 We had a rather wet walk-in from Arolla to reach the hut, but were happy to be welcomed by some visiting ‘gardiens’ who happily made us tea and got the wood-burning stoves going. 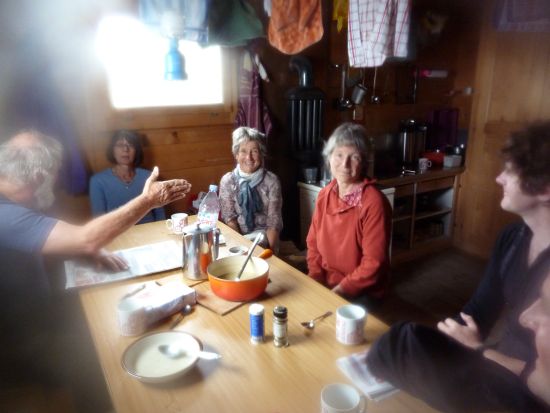 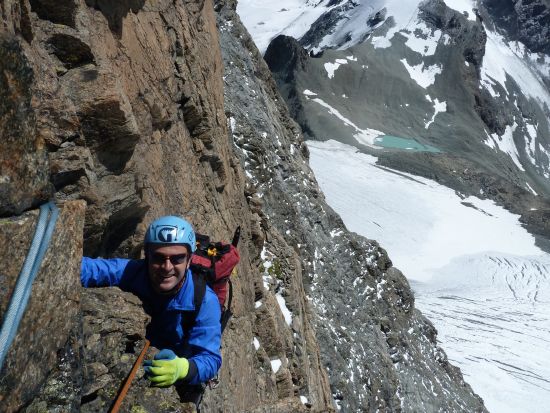 The climbing on the SW ridge is superb; amazing gneiss in steep & impressive situations… and at 3700m l’Eveque is a good ‘warm-up’ route for higher projects… 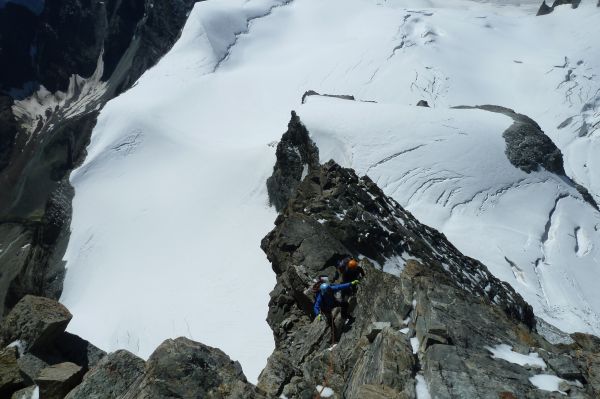 The Bregalia Alps, located on the Italian/Swiss border boast a number of well-known rocky peaks such as the Badile and Cengalo; quite an impressive location for an Intro to Alpine mountaineering course. Here we ascended snow slopes and glaciers to finish on precipitous ridges and rocky summits; all in a day’s work on your first week climbing in the Alps!

Nearing the top of Punta Torelli, a few exciting moments on the rocks…

Starting from our base at the Gianetti hut, our peak is in the cloud behind the prominent peak on the right

An easier bit heading down from the summit

Still a bit of exposure to deal with on the route back down…and team work!

The route to Mont Blanc from the Italain side of the massif benefits from no lift access, nor train, it’s walking all the way! It is certainly a tougher proposition, but only slightly so. Its a striking walk up the impressive Miage glacier that cuts deep into the SW flank of Mont Blanc, followed by a path that winds it way between cliffs and snow slopes, with the odd fixed rope in place to help.

Yes…the hut is right at the end of this glacier!

A journey through impressive and remote terrain

Up there is the summit of Mont Blanc!